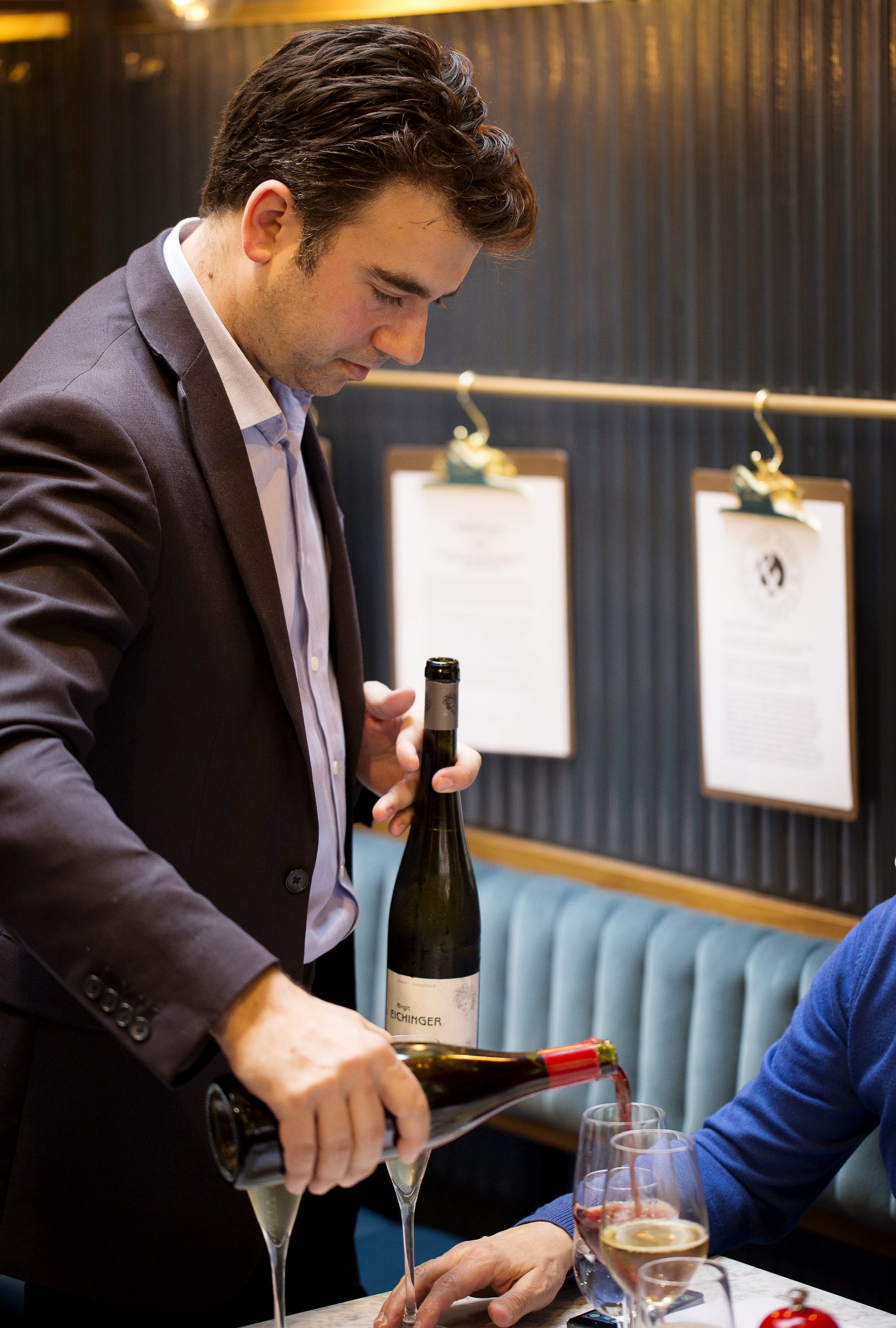 Having fallen in love with wine at the age of 16 after visiting a winery in Collioure, I was lucky enough to come across an article in the local paper near St Etienne a few years later about a famous sommelier called Gerard Basset, founder of Hotel Du Vin. I wrote to Gerard for a one-month summer job (this was before email existed) and the rest is history…

My restaurant career now spans over 20 years, at 23 I won the Master Sommelier of the Year, becoming the youngest ever.
I have been lucky enough to work with some of the most prestigious restaurants around the country; such as Hotel du Vin in Bristol and Raymond Blanc’s 2 Michelin star ‘Manoir Aux Quat’Saisons.

I opened my first restaurant empire – Texture, in 2007 which went on to win a Michelin Star. Closely followed by 28-50 Wine Bars in 2010.
Following this, I spent some time travelling, judged on a key industry panel and taught at the Court of Master Sommeliers.

In 2015 I opened Blandford Comptoir in Marylebone, closely followed by Comptoir Café & Wine in Mayfair.
2016 also saw the launch of Cabotte – Burgundy Wine Restaurant in the City, which I opened with business partner Gearoid Devaney.

Together we went on to launch TRADE – the hospitality industry’s first-ever private members’ club, which was converted into digital form and is now downloadable as an app.

TRADE app is an all-encompassing ecosystem of perks, news, events, webinars, and a marketplace for the hospitality community.

The space where TRADE once sat has just re-opened as The Black Book, a wine bar on Frith St, Soho. My most recent venture is Old Brompton, a wine and cheese bar in South Kensington.

“Passion & curiosity are the first step to learn about wines, sharing a glass is the second, knowledge is the result of the first two.”

This website uses cookies to improve your experience while you navigate through the website. Out of these, the cookies that are categorized as necessary are stored on your browser as they are essential for the working of basic functionalities of the website. We also use third-party cookies that help us analyze and understand how you use this website. These cookies will be stored in your browser only with your consent. You also have the option to opt-out of these cookies. But opting out of some of these cookies may affect your browsing experience.
Necessary Always Enabled

Any cookies that may not be particularly necessary for the website to function and is used specifically to collect user personal data via analytics, ads, other embedded contents are termed as non-necessary cookies. It is mandatory to procure user consent prior to running these cookies on your website.